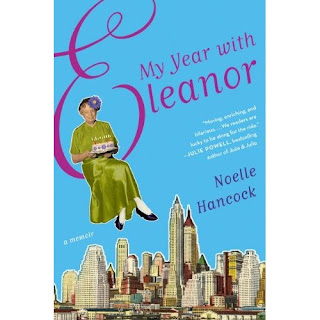 What: I'll be reading from my memoir My Year With Eleanor

Here's the link to the event!
Posted by Noelle Hancock 21 comments: Links to this post

My Book Trailer is Here!

This is what I was doing when I wasn't writing on this blog, which I promise to get back to soon. Meanwhile...hope you enjoy!

Posted by Noelle Hancock 13 comments: Links to this post

But Weren't They Always? 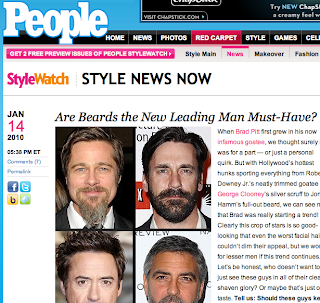 Posted by Noelle Hancock 2 comments: Links to this post 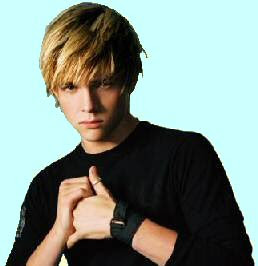 Today that something was:

We've obtained a photo of what appears to be Jesse McCartney lying naked on a bed, clad in nothing but a "G-string" made of candy.

"A drunk 4-year-old is accused of stealing Christmas presents from his neighbors..."

And it really just goes from there. A story so rich that they don't even get to the cross-dressing angle until 50 seconds in.

Labels: boy, drunk, local news, this is not going to end well

Today in Emailing With Jessica 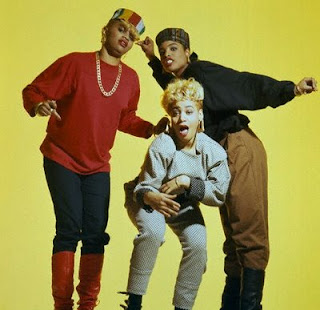 Me: Sometimes I'll be doing research for my book and randomly come across something that tickles me to the core. I was looking up something for my karaoke chapter this afternoon when I encountered this nugget from Wikipedia:

Both Salt and Pepa appeared on VH1's Hip Hop Honors in November 2004, as the trio were honorees. Spinderella did not attend.

Jessica: Oooh. Was there a falling out with Spin, yo?

Me: Seems like they just went their separate ways. Pepa married the guy from Naughty by Nature. Salt tried a solo career as a Christian rap artist. Spin is now a radio personality in L.A. and her daughter recently appeared on an episode of My Super Sweet Sixteen. Interestingly, she's not the original Spinderella. They started out with a different one, but she was replaced after the first album and they just called the second one Spinderella, as well.

Jessica: If you took this individual email as a standalone dispatch, not part of a conversation...well, it'd be regarded as one of the most awesome emails ever.
Posted by Noelle Hancock 1 comment: Links to this post

The Only Thing Scarier Than The 7-Foot Santa My Parents Put In The Foyer During The Holidays... 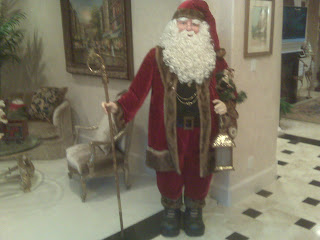 ...is the 7-foot Santa before they put on his head. 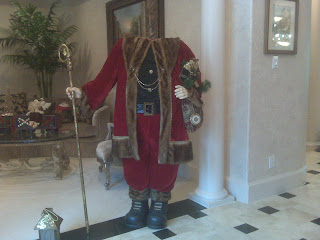 Posted by Noelle Hancock 4 comments: Links to this post

Florist: What do you want the card to say?

Me: 'And sorry again for vomiting on the floor at your party.'